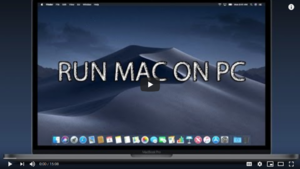 It's P.C. run-a-Mac! (Dancing in the streets! Dogs and cats sleeping together! People marrying toasters! Changing the definition of marriage!)

07:33 @wendycockcroft “Ths arrant stupidity in the subtweet is more common than you think. This is what happens when you kick traditional religion out; people go looking for something to replace it with. TWAW, political ideology, etc., provide moral guidance and certainty for their adherents.”

You mean, the same traditional religion which has oppressed women since time immemorial? Seriously? (She claims to support "women's rights", see entry for 3 August...)

Looking at this from a larger perspective, she's (intentionally or not) revealing the role of "traditional religion" in maintaining the status quo: basically, "If traditional religion loses its hold on the public, they'll start getting crazy ideas about improving society, and that's not okay." (There are few things that social conservatives dislike more than "improving society".)

This Proves Something! Really!

08:13 @Flashmaggie “Who's the dominant male here? Woe betide Kier if he says anything that hurts Heather's feelings, like mentioning that cervical smear tests are for women only.” (Spelling was later corrected to "Keir" in a comment.)

So much of this isn't explained. Apparently Heather (presumably on the left) is a trans woman, described by one respondent as "a dodgy bloke"; Keir is presumably a cis man, else they would have been misgendering him... but there's no context, and the video to which one comment has been taken down due to a "privacy request".

The post seems clearly intended to denegrate Heather, but we don't have enough information to understand why

Depends What You Mean

10:37 @TheFamousArtBR “Rosie Duffield said that Women have cervixes. What’s the problem???? Why exactly did she have to apologise for that?”

The statement "X have Y" is an

ambiguous statement which can mean either:

While there are some other groups of people for whom either of these statements is untrue, it so happens that by far the largest groups are trans women (who don't have cervixes) and trans men (who mostly do).

I'm sure this fact has nothing to do with any attempt to bait trans people by feigning ignorance over how it is inaccurate.