"Wokeness" is the enemy now? 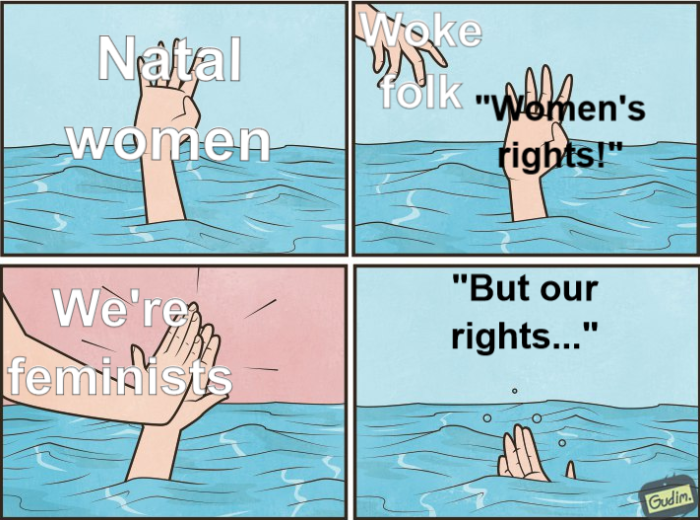 I think the argument here is that because "woke" people aren't willing to throw trans people under the bus by agreeing with... whatever it is that gender-critical activists want (more gatekeeping around transition?), they're endangering (cis) women because more cis men will pretend to be women in order to get into women's spaces and perve on them.

This never actually happens, though... except the occasional "conservative" trying (and failing) to prove how terrible it would be if that did happen.

A reshare with the comment “This is nuts” was followed by a self-reply blaming Queer Theory:

So basically she tosses in a bit of support for trans people as sugar-coating for an attack on queer theory and covering fire for the idea that people should be "normal". 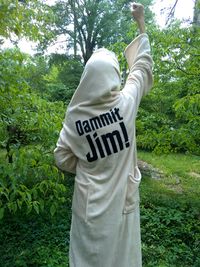 Where's Spock when you need him...

13:04 @WilliamShatner comes down in support of the cis is a slur myth: “You are talking about yourself. When you use those descriptors towards someone else especially strangers you are more than likely doing it to express a negative comment or to single them out.”

Ok... so if I'm willing to use a term to describe myself, it follows logically that I would intend it negatively if I'm using it to describe someone else.

13:13 @wendycockcroft “That will only ever change the outward appearance. Gestation is out for decades and might never happen. You can put a wig, makeup and dresses on a man, you can chop off his two veg and turn his meat inside out but he will always be a man. A Frankenwomb won't make him a woman.”

So... she refuses to define "woman", but apparently if you're born with a vagina you are one, forever and ever, and nothing can ever change that. Sounds magical or possibly religious – suggesting strongly that Maya Forstater's request for "religious freedom" protection for her beliefs was actually an admission that they really are based on nothing more than religion.

Also, there's a clear phobia of anything artificial: your genitals 100% determine your sex, but only if they're the factory originals; surgical corrections are "frankenstein" modifications, grotesque and perverse. (I wonder how she feels about surgical correction of other forms of birth defect? Or are trans people just special in that only they are fake if corrected?) ...oh, and yes, there are exceptions to this rule, but only if the change takes place naturally (e.g. 5α-Reductase deficiency).

appeal to nature is an old, old trope which was also used on gay people, interracial marriage, and pretty much anything that made authoritarians feel uncomfortable throughout history. This is not progressive, much less feminist or pro-woman; it is anti-feminism putting on "pro-woman-face". (Yes, this same person has claimed that trans women are "putting on womanface".)