From CWRE
< Meaningless insults
Jump to navigation Jump to search 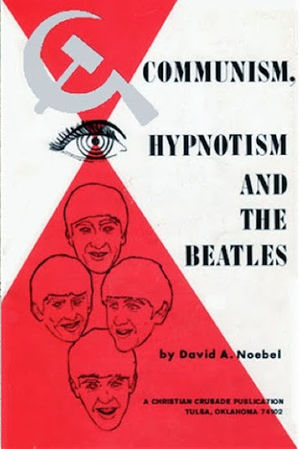 Be afraid. Be very afraid.

The words "communist", "communism", and "commie" are often used as insults by those on the political far Right, especially in the United States. Those who use it this way seem to believe that "communism" is more or less synonymous with "evil", that anyone who advocates it is therefore correspondingly evil, and even that it accurately describes liberal views (i.e. anyone who expresses liberal views is a communist, and liberal ideology ultimately advocates or leads to communism in some way).

Communism is just a socio-economic ideology like any other; there is nothing about it that is any more inherently oppressive than capitalism. Worse, the usage of it as an insult originates with plutocratic propaganda during the 1950s -- a deeply oppressive era in American history when the mere accusation of being a "communist" ruined many lives and careers for no good reason at all.

Anyone who uses "communism" as an insult is, knowingly or unknowingly, associating themselves with a deeply shameful time in American political history when the lives and careers of innocent Americans could be ruined just by tarring them with a single word -- a word referring to nothing more than a utopian ideal that has been tragically misappropriated by others for their own gain. It also suggests ignorance on the part of the speaker, since there isn't anything actually wrong with being a communist.